Hello, everyone! Today we are back with another book tag! This one is called Book Adaptations, and it is all about the good, the bad, and the ugly of book-to-movie adaptations. Enjoy!

1. What is the last book-to-movie adaptation you saw?

Ashley & Katie – Love, Simon! We’ve actually seen it 3 times. And if you haven’t seen it yet, you should!

2. What book-to-movie adaptation are you most excited for?

3. Which upcoming book-to-movie adaptation will you definitely NOT see?

Ashley – Red Sparrow is one I will most likely avoid. There’s something about Jennifer Lawrence with a Russian accent that I can’t get behind.

Katie – Holmes and Watson because I’m not a fan of Will Ferrell or John C. Reilly. Plus you don’t make a mockery of a classic.

4. Which book-to-movie adaptation would you NEVER watch again?

Ashley – Insurgent, I’d be fine without that one.

Katie – I love Leo, but the modern day music in 2013’s The Great Gatsby ruined it for me.

5. Is there a movie you saw that made you want to read the book if you hadn’t yet?

Ashley – Everything, Everything because the movie was really cute, and we met Nicola Yoon not long after we watched it and she was a doll!

Katie – The Martian by Andy Weir! The movie was great, and I bought the book right after I saw it.

6. Conversely, is there a movie that made you never want to read the book?

Ashley & Katie – Gone, Girl. The big twist was spoiled, so there wasn’t much of a desire to pick up the book for us.

7. Name an adaptation that has almost nothing to do with the book it’s supposedly based on.

Ashley & Katie – The Scorch Trials, we actually prefer the direction the movie took over the book.

8. Have you ever left the theater during a movie adaptation because it was so bad?

Ashley & Katie – Nope, tickets are expensive, guys. No need to waste that money.

9. Do you prefer to watch the movie first or read the book first?

10. How do you feel about movie adaptations that age characters up? (ex. characters that are in middle-school, but in the movies, they’re all 18)

Ashley & Katie – Mostly okay with it, since most of the time children in books are being put in situations that kids their age couldn’t handle. So it makes it more realistic.

11. Do you get angry when the actors don’t look like you thought the characters looked?

Ashley & Katie – In general, no. But when they have certain parts mentioned in the book, like, for instance, they are supposed to be heavier or have a disability or physical deformity, then I have a problem with it. Substituting an attribute for the sake of Hollywood’s perfectionism isn’t okay.

12. Is there a movie you liked better than its book?

Ashley – I liked The Princess Bride movie better. Not necessarily because it was better but it was just super well done and made me enjoy the book even more.

Katie – I enjoyed Shutter Island more because (like I said previously) I love Leo.

13. Name a book that you would love to see as a movie.

Ashley – I think the ACOTAR series would be really cool as a series of movies.

***We completed this post before seeing the news that ACOTAR has now been picked up for movies. Now I’m forced to say that I am more nervous than anything, as the company that picked this up also picked up the Shadowhunters for the tv series, and we all know the dumpster fire that turned out to be in terms of doing the story justice. My fingers are infinitely crossed that they do not hurt any more of my babies.

Katie – I would really love to see a movie adaptation of Strange the Dreamer. There are so many characters and really cool locations that would be amazing to see on the big screen! 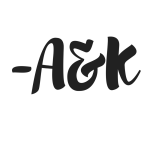 Do you agree with our answers? Feel free to do the tag yourself, and let us know!

📚 Thanks, @randomhouse for sending these my way! I’ve been hearing about Dear Edward at work every day — it’s the @booksamillion president’s pick for 2020! I’m excited to pick these up soon. ⁣ ⁣ 📚 QotD: What book/books have you finished so far this year? ⁣ ⁣ 📚 #books #bookstagram #booksofinstagram #yalit #read #booklover #amreading #bookworm #instabook #booknerd #reading #bookblogger #bookcommunity #bookish #booktography #bookgram #instabooks
🎄 @penguinrandomhouse knows how to treat people well! Bleak Creek is one of my most anticipated releases given that I’m a devout mythical beast 🐀 <— closest thing to a Randler I could come up with! Also, that Clash of Kings cover is to die for. ⁣ ⁣ 🎄#books #bookstagram #booksofinstagram #read #booklover #amreading #bookworm #instabook #booknerd #reading #bookblogger #bookcommunity #bookish #booktography #bookgram #instabooks
🍁 Happy Sunday, everyone! It’s been a little while since I last posted – I’m trying to get back into the swing of regular posting. Clearly, I’m not doing it well 😂⁣ ⁣ 🍁 @randomhouse has sent me some of the prettiest books! I’m always so grateful. This one sounds great – “They went off the grid. Their secrets didn’t.” Color me intrigued! ⁣ ⁣ 🍁 #books #bookstagram #read #booklover #amreading #bookworm #instabook #booknerd #reading #bookblogger #bookcommunity #bookish #bookgram #instabooks
🍁 If there’s one thing that bugs me about the month of September, it’s the continuing hot weather. I’m in full-blown spooky, fall time mood, but for some reason it’s still summer weather outside 😭⁣ ⁣ 🍁 I read Red Rising a few months back and really enjoyed it! I just need to continue on with the series because I’ve heard great things. Which book is your favorite in the series? No spoilers! ⁣ ⁣ 🍁#books #bookstagram #read #booklover #bookworm #booknerd
🍁 #ad Thank you, @randomhouse for sending these my way! I’m extra excited for Unbelievable – give me all the #Netflix true crime stories. ⁣ ⁣ 🍁 #books #bookstagram #penguin #randomhouse #promo #read #booklover #bookworm #instabook #booknerd #reading #bookblogger #bookish
🍁 It’s September 1st, so in my mind, it’s fall y’all! I’m so excited for the days to get shorter and the weather to get colder. ⁣ ⁣ 🍁 The Wayward Children series has always intrigued me because of the hype surrounding it, but also the tiny size of the stories. Have you read it/would you recommend? ⁣ ⁣ 🍁 #books #bookstagram #read #bookworm #booknerd #fall #fallyall #sept1 #september 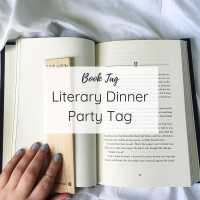