This week, we decided to talk about books we’re waiting on! Typically these get posted on Wednesdays — see all of my past “Waiting on Wednesdays” here! 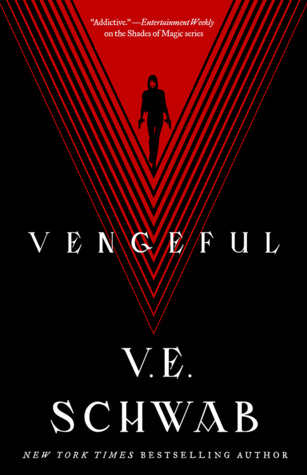 Eli Ever and Victor Vale were only medical students when their mutual discovery that near-death experiences can, under the right conditions, manifest extraordinary abilities. They were best friends, and rivals, and then enemies. They were dead, then alive, and then—Eli killed Victor, once and for all. Or so he thought—but Sydney Clarke felt otherwise, and used her own superpower to tip the scales. Now, a trio hides in the shadows, while another takes advantages of post-death life to take over the city of Merit. If there can be life after death—will there be calm after vengeance, or will chaos rule?

I read Vicious back in August of last year, and I fell instantly in love with Schwab’s writing and these characters. I cannot wait to see what will happen next, and I’m sure it’ll kill me in the best way possible. I’ll for sure be buying the US and UK editions, and I have the Illumicrate box preordered that has a special exclusive edition in it as well!* You can never have too many Victoria Schwab books in my opinion.

*The box is still available if you’d like to order one as well! Click the link here, or click on the link under the photo to go to the Illumicrate shop!

Katie’s (A Cup of Cyanide) Pick:

Thorn of Emberlain by Scott Lynch 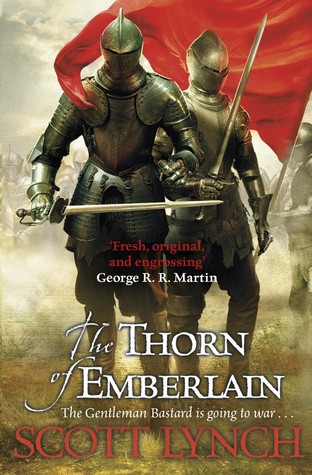 The mystical book four of the Gentleman Bastards Trilogy, The Thorn of Emberlain, is a book I’m sure fans have been waiting on for forever. While the book doesn’t have a release date just yet, I think there were rumors for 2019? I’m particularly hyped for this book because supposedly, this was the original book Lynch wanted to write. However, he ended up writing the first three as necessary prequels to build up the world for this book.

What book are you waiting on? Let me know down below!