Hello, everyone! Today I decided to finally blog a bit, and I’m going to unbox the January Owlcrate box – “Magical Artifacts”! I knew going into this box what the book was going to be, so I was super excited to see the exclusive edition! 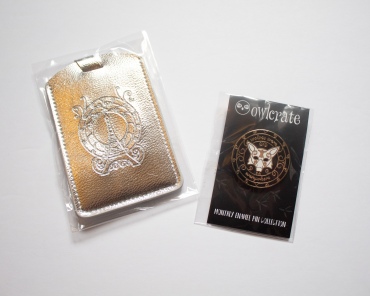 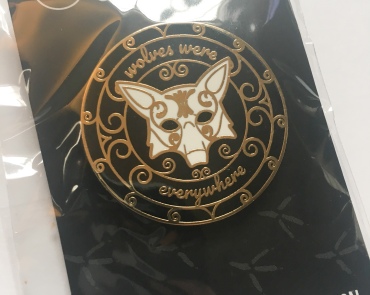 Up next, there was a wooden letter opener inspired by the sword from Lord of the Rings and created by Juniper & Ivy Designs! There was also an antler bracelet from the team at Owlcrate inspired by Shadow and Bone! 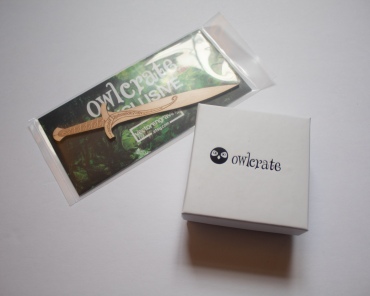 Next, there were socks inspired by Harry Potter created by Owlcrate and Michelle Gray. There was also a pouch with a quote from A Darker Shade of Magic created by Stella Bookish Art! 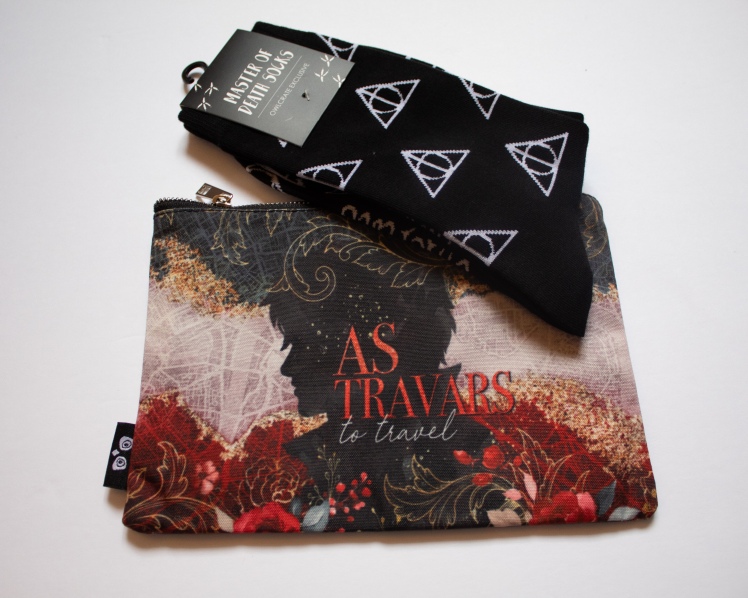 The last item before the book was a wall tapestry created by Holly Dunn Designs with a quote from The Golden Compass! 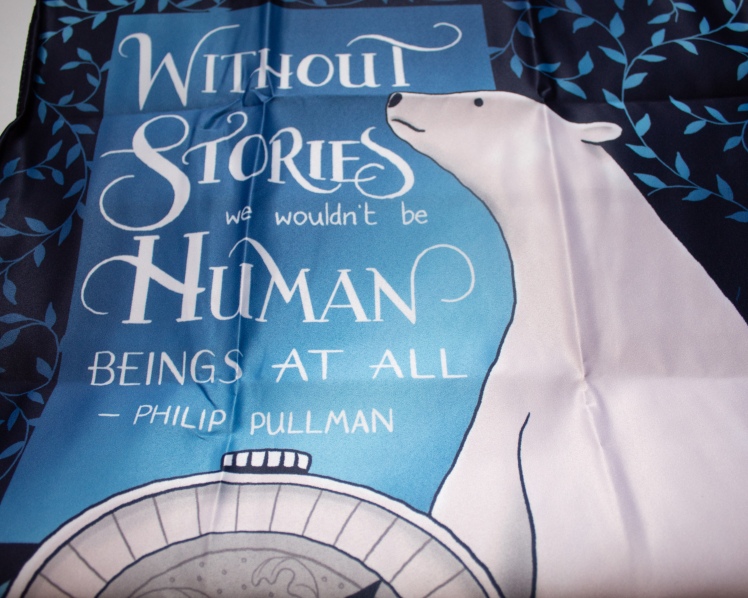 And finally, the book of the month was… 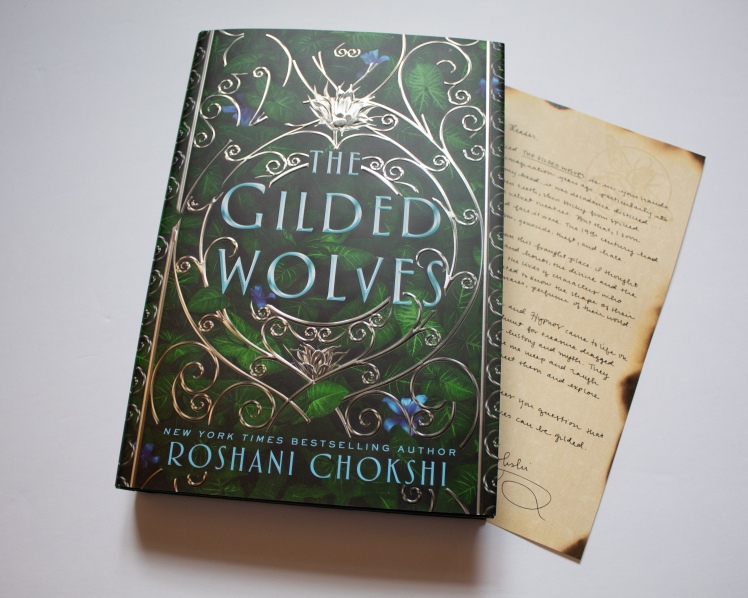 …The Gilded Wolves by Roshani Chokshi! I’m super excited for this one because all of the early reviews I’ve seen of it have been raving! This edition is exclusive with a slightly different cover, and it’s also signed by the author! 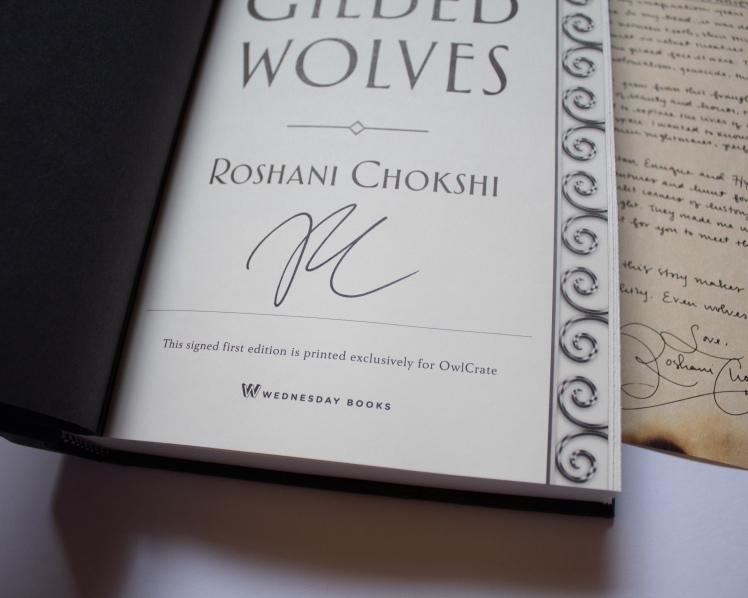 February’s theme is “Whimsical Beasts”, and there will be an item from Four Seasons Fox! I’m pretty pumped for it. 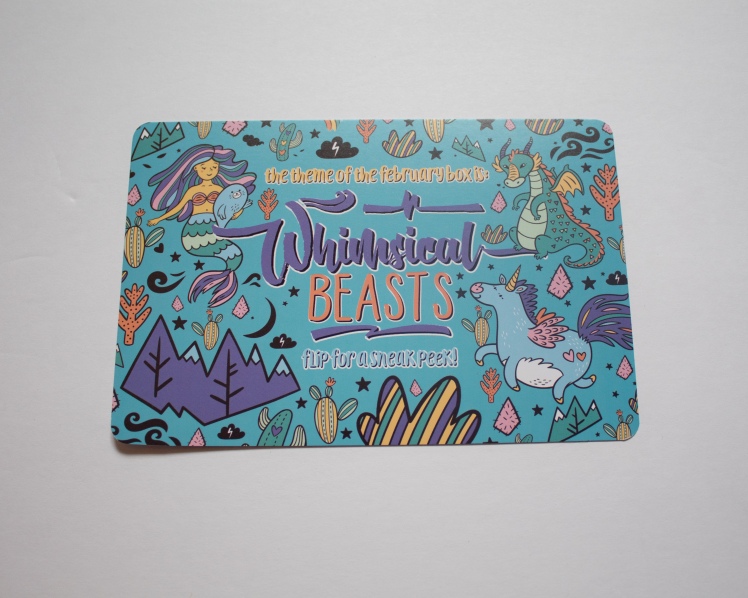 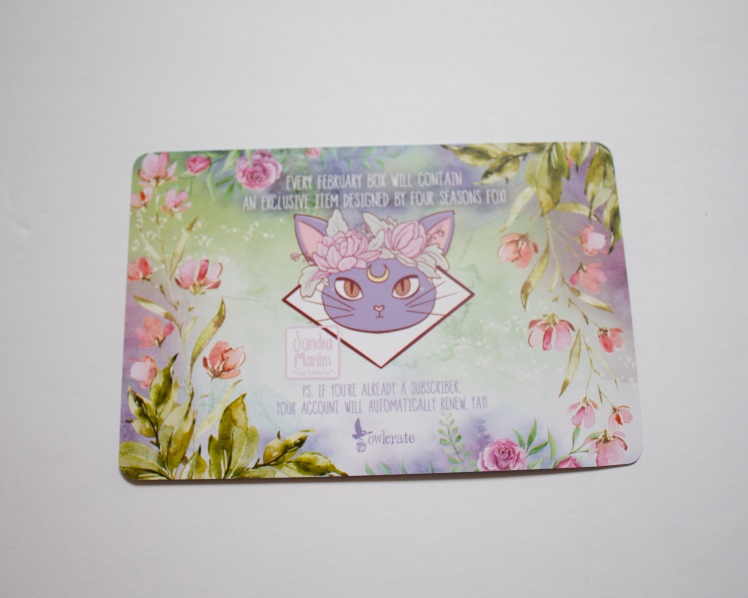 That’s all! I’m hoping February will be a better planned month when it comes to blog posts, but we’ll see!