Hello, everyone! Yesterday was a super fun day for me. I went to Cincinnati with my friend Summer, and we attended the book signing for Margaret Rogerson, Emily A. Duncan, and Sara Raasch at Joseph Beth Booksellers! It was quite the trio of authors, so I knew I couldn’t pass that up. It took us about 2 1/2 hours to get there, but it was well worth it.

I thought it might be fun to delve a little into what all the authors talked about during the question portion of the afternoon – especially for people who might not have gotten to attend or haven’t gone to a signing before!

The main reason for the event was the release of Margaret Rogerson’s second novel, Sorcery of Thorns, which came out on June 4th. She talked about her inspiration behind the story and her writing process which was really interesting. For those curious, she’s a major plotter, and she only writes stories about things she’s truly passionate about. For An Enchantment of Ravens, it was art (she’s an artist!), and for Sorcery it was books! She also gave us a secret sneak peek at what she has planned next, but all she could really tell us was that the draft she’s working on deals with ghosts. Count me in!

I’d been to a signing for Sara Raasch before when These Rebel Waves was released, so I’d heard her talk about the inspiration behind that story. That didn’t make what she talked about any less entertaining though! She said she took a geology class in college that brought up river piracy, which got her interested in pirates! She also told us that she started writing Snow Like Ashes when she was really young, around twelve years old – TWELVE. What talent.

Emily was the most enthusiastic of the three, and she talked about the inspirations behind Wicked Saints! She’s a complete pants-er when it comes to writing – she just starts with a character and goes with it! She said that when writing Wicked Saints, she wrote multiple drafts – anywhere from 30,000 to 100,000 word drafts – and then threw them out. They weren’t right or didn’t flow well, so she just started fresh. I couldn’t imagine doing that. For those interested, Malachaisz is pronounced “Mala-key-ash”. I always wondered, and I’ve definitely been pronouncing it wrong in my head. Whoops! Turns out the audiobook narrator also pronounces it incorrectly which is terrible. She divulged that she’s currently working on the draft of Book Three in the trilogy, and just knowing that Book Two is in its final stages makes me incredibly anxious for its release! 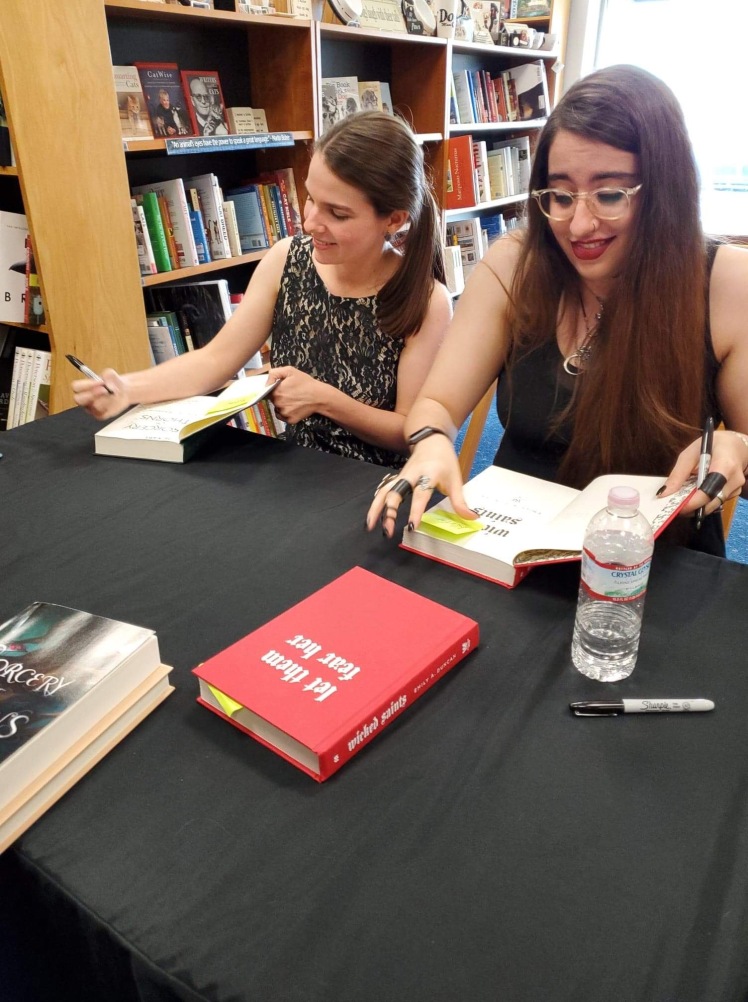 Summer and I got to take pictures with them all and they signed our books! All in all, it was a really fun event. I love Joseph Beth, and they always have the best authors there! 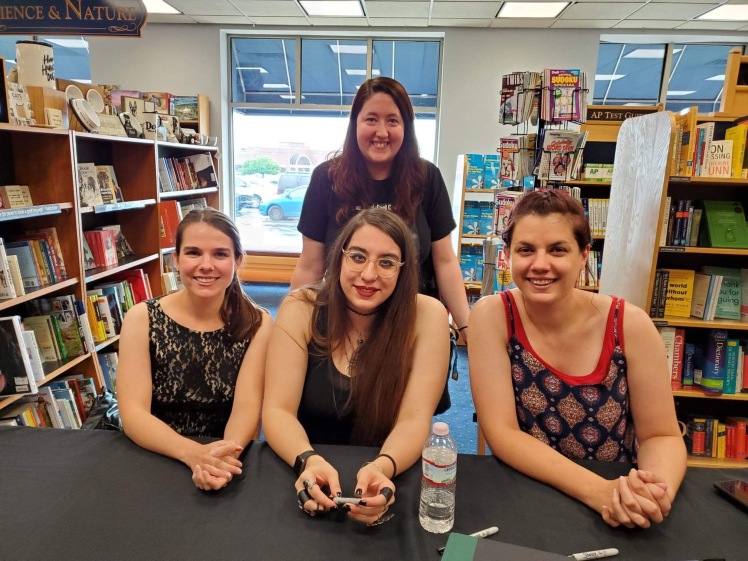 After the signing, Summer and I browsed the shelves at Barnes & Noble and a local Half Price Books! She picked up an exclusive copy of Finale by Stephanie Garber, and I snagged a hardcover of Good Omens at Half Price! Bookish days are the best.

3 thoughts on “Conversations | My Bookish Day”