Hello, everyone! This is a weird time to be blogging or talking about books, but I figure, let’s keep a bit of normalcy while we can, shall we? Recently, I finished my third Christina Lauren book – The Unhoneymooners. The first two I read back in 2018, and honestly, I never really understood the Christina Lauren hype. Their books are entertaining, but they aren’t memorable to me. Maybe that’s the genre and not so much the authors or books? Who’s to say? I do tend to read romance or chick lit when I’m in the mood for something super quick and easy, something I doubt I’ll retain or count as a favorite. Sometimes we just want a fun read to rest our brains, okay? Roomies and Josh and Hazel’s Guide to Not Dating are basically that in a nutshell – entertaining, albeit forgettable. 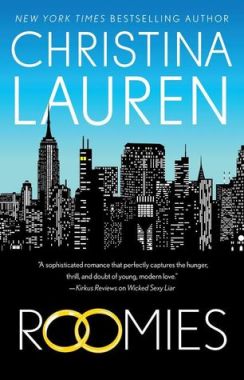 That being said, reading The Unhoneymooners was pretty much the same experience for me. I gave it 3 stars, it was pretty average in my opinion. The basic gist of the story is a girl, Olive, who is unlucky in life has to go on her twin sister’s honeymoon because her and the groom both got food poisoning and can’t go. The brother of the groom, Ethan – who Olive despises, goes along with her and feelings/drama ensues. While the plot is cute, the characters seemed a bit stereotypical to me. You have a beautiful but quirky girl who’s in an “I hate you” relationship with a gorgeous, somehow single guy. Guess what other books also have a quirky female lead with a gorgeously single male lead? The other Christina Lauren books I’ve read. I’m sounding incredibly negative right now, but despite my annoyances with the similarities, I did enjoy the stories enough to give them all 3 stars. But that proves my point from earlier – average ratings for average romances.

Romance books always require readers to suspend their disbelief, at least slightly. This one was just so unbelievable at parts that I found it hard to even try. You’re telling me the one resort in Hawaii the two main characters go to also happens to be the resort that Olive’s new boss and Ethan’s ex-girlfriend are at too?? It was just too much extra drama that wasn’t necessary.

Potential spoiler alert for those who want to know: I think of part of me was also annoyed at how the characters behaved toward the end. Olive had absolutely nothing to gain from telling Ethan and her sister about Dane’s infidelity, yet everyone thought she was lying. She was never characterized as an untrustworthy person, so why the sudden distrust?

2 thoughts on “Book Review – The Unhoneymooners by Christina Lauren”